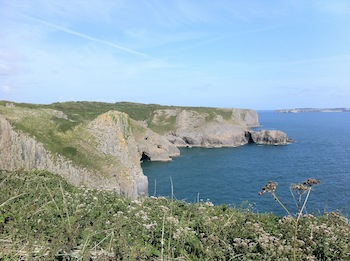 I’ve neglected my week notes for a little while so here is a condensed update covering week 16 to 21.

Part of the reason for the lack of notes is that I took a couple of weeks off towards the end of August. I tried to avoid using my computer during these weeks and completely cut myself off from anything work related. This inevitably led to an insane amount of work prior to my time off and a crazy period of catching up upon my reassimilation.

I have a really bad habit of pushing myself too much and I never realise how tired and unproductive I am until I actually stop. Time away from a project is essential and lets you come back and look at issues with a fresh perspective. I’ve got to make sure I don’t leave it so long to take time off in future.

Designing and building out a new infrastructure isn’t a simple affair, even when you have models like GOV.UK to base it on. This is particularly true with DVLA as we have to integrate with some legacy systems such as the Driver’s mainframe.

I think it’s fair to say we’ve started this work a bit too late. While the complexity hasn’t surprised me, I think I underestimated the amount of time it would take us to get to a production-like environment for the service. In hindsight we should have started this work several months ago and built out the simplest production infrastructure we could then scaled and tweaked to our needs.

We regularly use the phase ‘deploy little, deploy often’ at GDS to explain our approach to pushing things to production. I’m starting to think that we should add ‘deploy early’ to it as well. I’ll certainly be taking this approach on the next DVLA project.

I’ve also spent a fair amount of time with the Iain Patterson, the new Director of Technology at the DVLA. We’ve been looking at the wider picture of how to design, build and run services like View driving record. This has involved things such as working environment, the types of kit that teams might need, infrastructure requirements, tools and policies/processes that might be needed.

In addition to all of this, I got to go to dConstruct in Brighton and spent time talking about APIs with the GOV.UK team.

Finally, this week I’m speaking at (R)evolution Conf in Shrewsbury on Friday about how we took GOV.UK from an idea to where it is now.