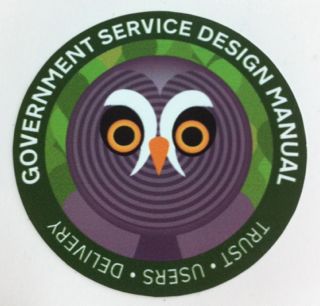 A number of people are starting to put together week notes about what they have been up to over the past 5 days of work. I want to give this a go too, partly so I can look back in a few months time and remind myself what has been achieved.

I probably won’t get round to writing these every week, but hopefully often enough that it makes sense.

Those that follow me on twitter will probably have noticed that I’m splitting my time between GDS in London and the DVLA in Swansea. While at DVLA I’m assisting a team working on a new service to help drivers find out information about their driving licence. We’re are about half way though the project’s 7th sprint.

Driving entitlement data has been through years of updates and tweaks from both UK and EU legislative changes. This has lead to things becoming a bit complicated inside the existing databases. I’ve been helping the team work out which fields of data are still relevant and which have been superseeded so we can create a cleaner data model.

I’ve also been looking at how some of the internal APIs will be structured, figuring out what UI tweaks we want to make before the first rounds of user testing next week and reviewing the stories for next sprint.

Finally, I’ve been having some conversations about how we can provide evidence of the service meeting the Digital by Default Service Standard. Hopefully more on that next week.

Back at GDS, we’ve been looking at trying out a survey tool as a potential way of doing user testing for one of our projects. I’ve been figuring out what the implications are for our cookies approach and talking to the suppliers involved about them.

On Tuesday the final central government departments moved to GOV.UK. There was, as has become tradition, cake and beer. I’ve also put together a quick visualisation of every code change made to the InsideGov repository on Github since they started work in late 2011.

Finally, yesterday I attended the monthly technical architects workshop to go through the common issues we’re seeing on across the various transformation projects.