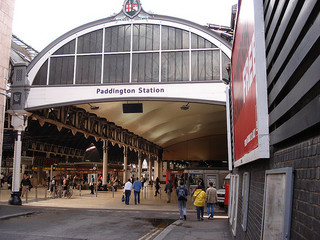 As many of my friends and colleagues will confirm, I spent a large portion of the last 18 months commuting to work. Initially from Cardiff to London, then from Abergavenny to London. Both journeys over 2 hours in each direction.

It wasn’t really practical to do this on a daily basis, either from a time or cost perspective (4+ hours a day travelling in addition to a normal working day and a monthly season ticket of than £1000). So I travelled down on a Monday morning, stayed in a hotel* (and a friend’s sofa) during the week then travelled back on a Friday evening.

This sort of commuting is not easy.

You don’t have really have a place that is yours during the week – a hotel room doesn’t feel like home since you are going to be moving out of it at the end of the week.

You have to live on hotel food or restaurants for breakfast and dinner every day – very rarely do hotels have kitchen facilities! This means you have to pick your hotel pretty carefully – you really don’t want to end up in a hotel with no decent food provision nearby.

You have to put up with crappy internet – I’d love to know how hotels can justify charging up to £10 a day for wifi access that’s almost as slow as dial-up. Luckily I had unlimited data and tethering on my phone.

Cost – ouch. Unless you are lucky enough for work to contribute to this commute (I wasn’t), paying for rent, travel, weekly hotel costs and eating out every evening isn’t cheap (although it is cheaper than a rail season ticket!)

It isn’t all bad. You have someone who will clean your room every day and you quickly find out how much “stuff” you really need – just the stuff you can carry in a smallish suitcase!

What I’m trying to convey is that this kind of commuting isn’t for everyone. It may be a great short term solution, but isn’t appropriate for anything long term. The travelling and hotels completely wore me out.

In July I gave up the commute, rented a flat and moved properly to London. Since then, it’s been great to have a permanent base in a fantastic location. I have my own space, great internet connection and have much more money to spend on things other than travel & food.

More recently though, I seem to have found myself doing another regular long distance commute – this time in the opposite direction to work with the DVLA in Swansea.

To avoid burning myself out, I’ve set myself a few ground rules which might be useful for other people in similar situations:

Now, the next challenge is to get the mandatory travel booking system at work to agree to all of these rules!

* You may ask why I stayed in hotels rather than, say, a flat-share or other more medium-term solution? The simple answer is that I didn’t know how long I was going to be doing the commute. Originally, it was only going to be 4 months, but ended up lasting much much longer.

Photo above by mwanasimba on Flickr. Used under Creative Commons.